Association oversight is provided by the RIOT Board of Directors consisting of the following individuals: 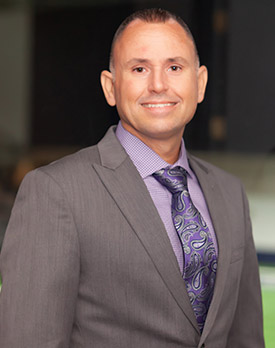 Shawn had the opportunity to serve as a police officer for over twenty-five years. He is a retired violent crimes detective from the Round Rock Police Department where he primarily conducted financial institution robbery investigations. He was assigned to the FBI Central Texas Violent Crimes Task Force within the Austin Resident Agency for over 10 years. He retired as the Bank Robbery Coordinator of the San Antonio Division of the FBI in 2020. Shawn is regarded as a subject matter expert in financial institution robbery preparedness and prevention. He has been a frequent presenter for the Texas Bankers Association and has conducted hundreds of robbery prevention and preparedness training sessions with financial institutions across the State of Texas. Shawn has been a guest presenter for the Georgia Banker’s Association, Wisconsin Banker’s Association and the Cornerstone Credit Union League. Shawn earned a bachelor’s degree in criminal justice from LeTourneau University and a master’s degree in criminal justice leadership and management from Sam Houston State University. He also served as a member of the Sheriff’s Association of Texas Cold Case Review Team. He is the Executive Director of Robbery Investigators of Texas establishing the association in 2012. Shawn transitioned into the private industry with his new family Athos Group, LLC. currently serving as Director of Operations for Summit Off Duty Services. Shawn also serves as an Adjunct Professor of Criminal Justice at Tyler Junior College. 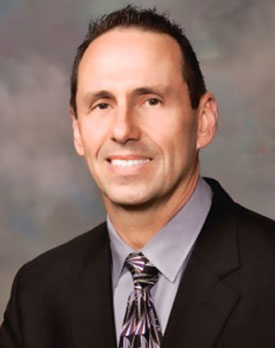 Eddie retired as a Sergeant with 26 years of service to the Wichita Falls Police Department. He worked in all aspects of the Patrol Section, S.W.A.T. / Tactical Unit and Training Unit. As a Sergeant, he supervised the Special Operations Section, Training Section and Professional Standards Section. For the past 13 years, Eddie has served as security director for a large association and is currently working with Summit Off Duty Services, the nation’s leading off-duty law enforcement staffing service provider. Summit is the legacy service business within the Athos Group’s family of companies serving the law enforcement ‘extra-duty’ & ‘secondary employment’ industry, all of which exist to serve peace officers and the communities they are sworn to protect. Eddie serves as Vice President for Robbery Investigators of Texas. 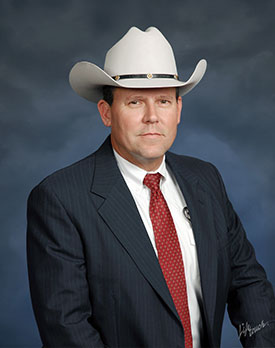 Matt retired as a lieutenant in the Texas Rangers with twenty-eight years of service. He began his law enforcement career in 1985 as a Williamson County, Texas Deputy Sheriff. In 1990, Matt graduated from the Texas Department of Public Safety Academy as a State Trooper. In 1997, he was promoted to Texas Ranger. In 2014, Matt promoted to lieutenant within the Texas Rangers. Prior to retirement, Matt was stationed in Austin where he supervised ten Rangers who covered fourteen counties in Central Texas. Matt is a founding member of Robbery Investigators of Texas and serves as Secretary. 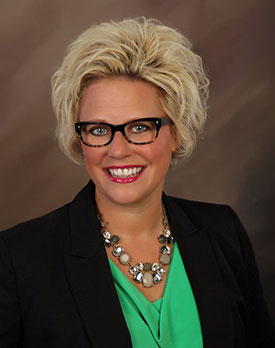 Cindy, a native of Lindale, Texas, and business administration graduate of LeTourneau University, began her career in Austin, accepting a position with First USA Bank in 1997. Eventually desiring to move back home to East Texas, she joined Southside Bank, headquartered in Tyler, two years later. In her 20-plus years with Southside Bank, Cindy has served in various roles, growing her career from managing the bank’s merchant services portfolio to the credit card issuing division to her most recent promotion to Director of Retail Banking—a role where she will help drive profitability through direct oversight of the bank’s 57 branches. Outside of banking, Cindy is a member of Flint Baptist Church and volunteers with several non-profit organizations, currently serving as a board member for Robbery Investigators of Texas. Cindy and her husband, Jayson, have two sons: Noah and Evan. 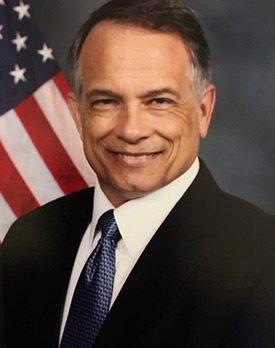 Detective Brian Raynsford joined the Fort Worth Police Department in 1990. He has worked Patrol, Gang Enforcement, Property Crimes task force and Academy instructor assignments. Detective Raynsford has been a court recognized expert in white supremacist prison gangs. Promoted to Detective in 2007; he has been assigned to the Criminal Investigations Division, Violent Personal Crimes Section-Robbery Unit since 2009. Detective Raynsford holds Master Peace Officer and Instructor certifications in the State of Texas and has an Associate’s degree from Tarrant County College as well as a Bachelor’s Degree from Dallas Baptist University. Detective Raynsford was awarded RIOT Investigator of the Year in 2015. 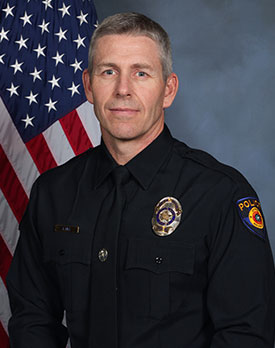 Jeff retired from the Round Rock Texas Police Department after almost 24 years of law enforcement service. He served in the Patrol Division as a Field Training Officer, Gang Unit Officer, and Special Investigative Unit Officer. He was a Detective in the Criminal Investigation Division (CID) for the last 14 years of his career. During his time in CID, Jeff served in the following units: Property Crimes, Crimes Against Persons, Domestic Crimes, and Special Investigations. Jeff was the lead detective on many high-profile cases to include murders, robberies, and officer-involved shootings.

Jeff retired with a Master Peace Officer certification through the Texas Commission on Law Enforcement (TCOLE). Jeff obtained several unique certifications throughout his law enforcement career such as Force Science (Force Science Institute), Medicolegal Death Investigator (St. Louis University), and Physical Fitness Instructor (Cooper Institute) to name a few. Jeff has served on the Board of Directors for the Robbery Investigators of Texas (RIOT) since 2017.

After retiring from law enforcement, Jeff became a licensed Professional Real Estate Inspector through the Texas Real Estate Commission (TREC). He is the owner of Five-O Inspection Services PLLC in Bryan, Texas. 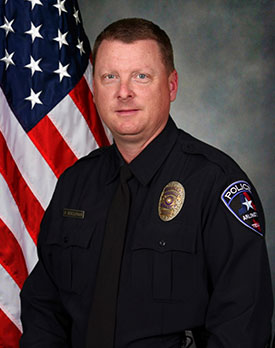 Detective Jeff Holloway began his law enforcement career with the Arlington Police Department in October 2001. During his career, he has worked Patrol, School Resource, and has worked as a Detective in the Robbery/Gang Investigative Unit since 2014. Jeff holds a Master Peace Officer and TCOLE Instructor certifications and a Bachelor’s degree from the University of Oklahoma. Jeff teaches report writing to new recruits at the Arlington Police Academy as well as assists in scenario-based training.

FBI Supervisory Special Agent (SSA) Mario Verna received a Bachelor of Science from Texas A&M University in 1993. Upon graduation, SSA Verna was commissioned a second lieutenant in the United States Marine Corps. SSA Verna attended Washburn University School of Law and received a Juris Doctorate degree in 1996. SSA Verna joined the FBI in March 2005. Upon graduation from the FBI Academy, SSA Verna was assigned to work Counterterrorism matters in the Kansas City Division. SSA Verna transferred to the Dallas Division in 2008, and he was assigned to a Counterterrorism squad. Subsequently, SSA Verna was assigned to the Violent Crime Task Force and fugitive task force. SSA Verna served on the FBI Kansas City and FBI Dallas SWAT teams. SSA Verna is a tactical instructor, firearms instructor and ALERRT certified instructor. SSA Verna currently serves as the supervisor for the FBI Dallas Violent Crime Task Force and as the Program Coordinator for Dallas Division violent crime matters. 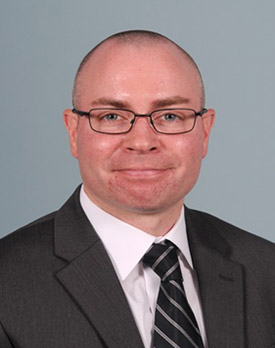 Sergeant David Helms grew up in Deer Park, New York. After relocating to Houston in 2005 David graduated from the Houston Police Department Academy in 2006. He was assigned to a tactical unit from 2007-2012. He promoted to sergeant of police in 2012 where he was assigned to the Robbery Division. In 2016 he was selected to join FBI Violent Crime Task Force. David has become the subject matter expert on bank robbery and armored car robberies, having responded to more than 300 robbery incidents. 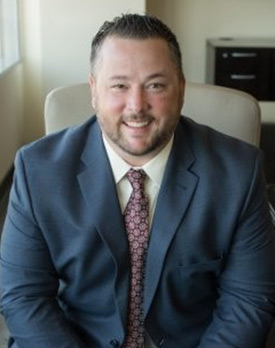 Jeremy Costlow is Vice President, Customer Experience for Summit Off Duty Services, a subsidiary of Athos Group launched in 2021. He has been with Athos Group for more than seven years, previously serving as President, Athos Group Security since 2018 prior to the launch and his transition to Summit.

Jeremy joined Athos in 2013 to lead its client services team after a series of successful roles in various corporations; his engaging personality and tireless focus on building effective teams has yielded positive results and career advancement.

Prior to Athos, Jeremy served as Vice President of Texas Bank, where he provided executive leadership oversight in multiple capacities including marketing, lending, and security operations. Jeremy worked closely with customers to meet their individual needs, supporting a wide-range of clients from local consumers to regional agricultural enterprises as well as arranging financing for multi-million-dollar commercial shopping centers.

Before his work with Texas Bank, Jeremy was General Manager of a regional multi-branch company responsible for more than $30 million in annual sales. He provided leadership and coaching through nearly a decade of mentoring teams, ranging from beginning sales agents to experienced veterans.

Jeremy is valued community leader whose passions include hanging with his family & friends, hunting, golf, and football. Jeremy and his wife have four children, and are active members of Flint Baptist Church.